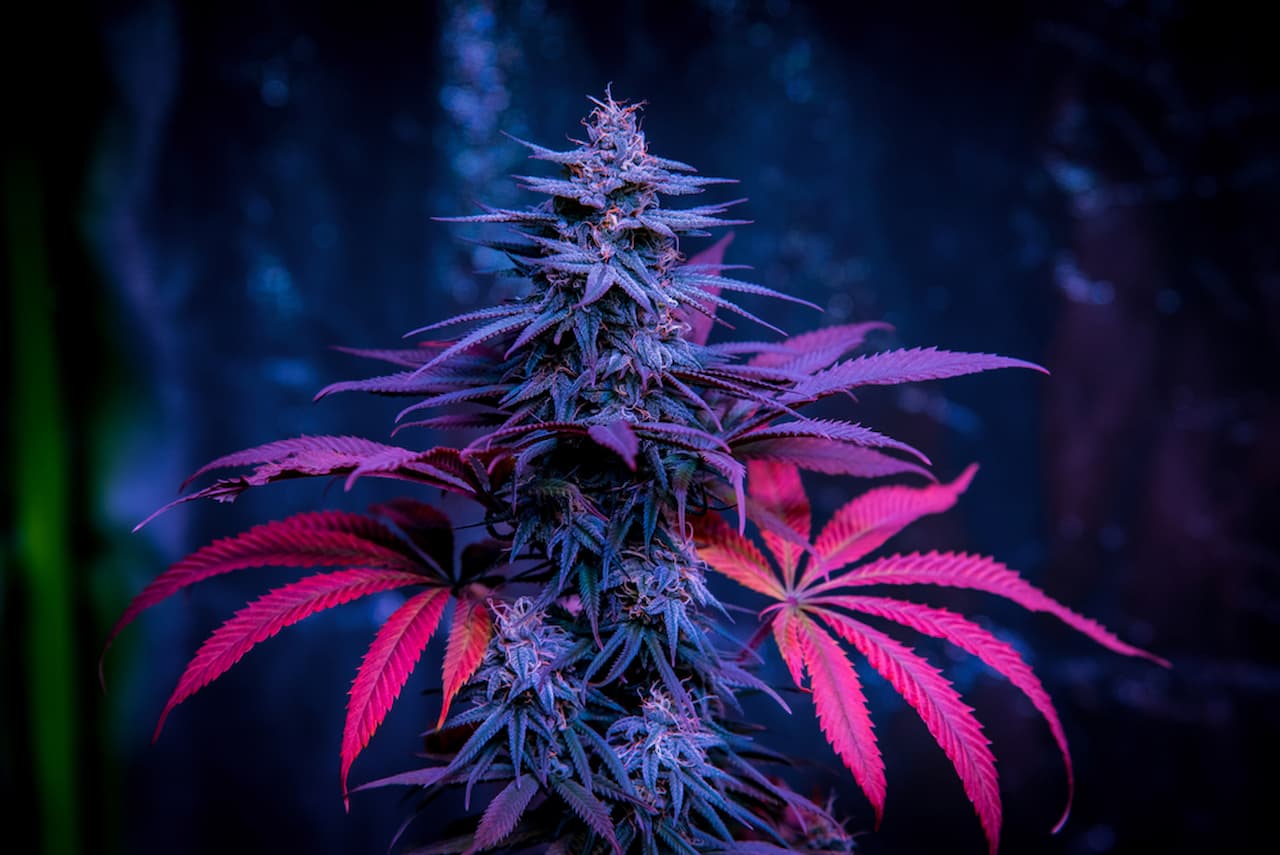 With a distinct, sweet berry flavor and a reputation as a potent strain for relaxation, Purple Wookie is a widely popular Indica-dominant hybrid. At our Long Beach dispensary, it’s a go-to favorite for consumers searching for a deeply serene sense of euphoria. Named for its easily recognizable dark purple hue, Purple Wookie is an exceptional hybrid well worth a second look.

Described as a strain that delivers an intensely dream-like high, Purple Wookie is typically characterized as an ideal option for a powerful mind-body experience. Customers at the King’s Crew Dispensary in Long Beach have called this strain “near-psychedelic,” with many reporting effects that include a pleasantly euphoric wave of relaxation.

The effects of Purple Wookie are said to begin with feelings of profoundly calm, with many consumers saying they feel as if they are in a happy waking dream. Then, its purported physical effects set in: a full-body couch-lock that can reach deep sedation with continued use.

Many King’s Crew customers say they choose Purple Wookie for pain relief, insomnia, and even as a means to spur appetite. Purple Wookie does have slightly higher-than-average CBD levels, which may factor into its popularity as a pain relief cannabis strain for medical marijuana patients. Others have said that the strain leads to improvements in mood, reduced stress and anxiety, and other benefits. Purple Wookie is often preferred as an evening/nighttime strain, specifically for individuals who enjoy cannabis as a way to wind down after a busy day.

Typically, the most common description of the flavor of Purple Wookie centers on its berry-forward flavor profile, laced with earthy, slightly sour undertones. Similarly, the aroma is noticeably earthy, with a hint of sourness that tells of the flavor to come. Some fans of Purple Wookie say that there’s also a subtle taste of chocolate with each exhale.

Purple Wookie has an abundance of the terpene caryophyllene, known for its spicy, peppery notes and also found in cinnamon and cloves. Caryophyllene is commonly linked to anxiety relief and relaxation, which makes sense given this strain’s reputation as a calming strain. After caryophyllene, other terpenes in Purple Wookie include ocimene (minty) and pinene (pine).

If you were to take a close look at Purple Wookie, the first thing you would likely notice is its signature purple foliage. Scattered through its bronze-hued pistils and light green flowers, the shades of purple are sometimes so dark that they almost appear to be black. The nugs are tall and quite pointy, and dedicated Purple Wookie consumers can often easily spot this strain at a glance.

Of course, a strain’s appearance pales in comparison to the importance of what it contains. Purple Strain has a THC content that averages anywhere between 11 and 20%, with a fair amount of CBD as well.

Purple Wookie is a cross between Wookie #15 and Purple Unicorn, two hybrid strains. Its lineage includes legendary names such as Chemdawg and Afghani, as well as a mix of Appalachia, Blackberry Widow, Lavender, and others.

If you’re searching for Purple Wookie in Long Beach, CA, King’s Crew Dispensary should be your first – and only – stop. Our top-rated dispensary is known for its expertly-curated and impressively diverse selection of cannabis strains, including Purple Wookie and many other highly desirable options. In addition to premium flower, we also offer an outstanding variety of cannabis vapes, edibles, and more.

And if Purple Wookie isn’t the right fit for you, you can be confident that you’ll find other strains to suit your cannabis style. The King’s Crew team is as knowledgeable as they are friendly, making them an excellent resource for navigating your dispensary shopping experience with ease.

When you’re ready to elevate your cannabis journey to new heights, choose one of the best dispensaries in Southern California: King’s Crew. Explore our menu online, and visit our dispensary to start shopping today!

By signing up, you agree to receive emails and text
messages from King’s Crew. Msg and data rates
may apply. You may unsubscribe anytime.

Our Spring Sale Has Started

You can see how this popup was set up in our step-by-step guide: https://wppopupmaker.com/guides/auto-opening-announcement-popups/