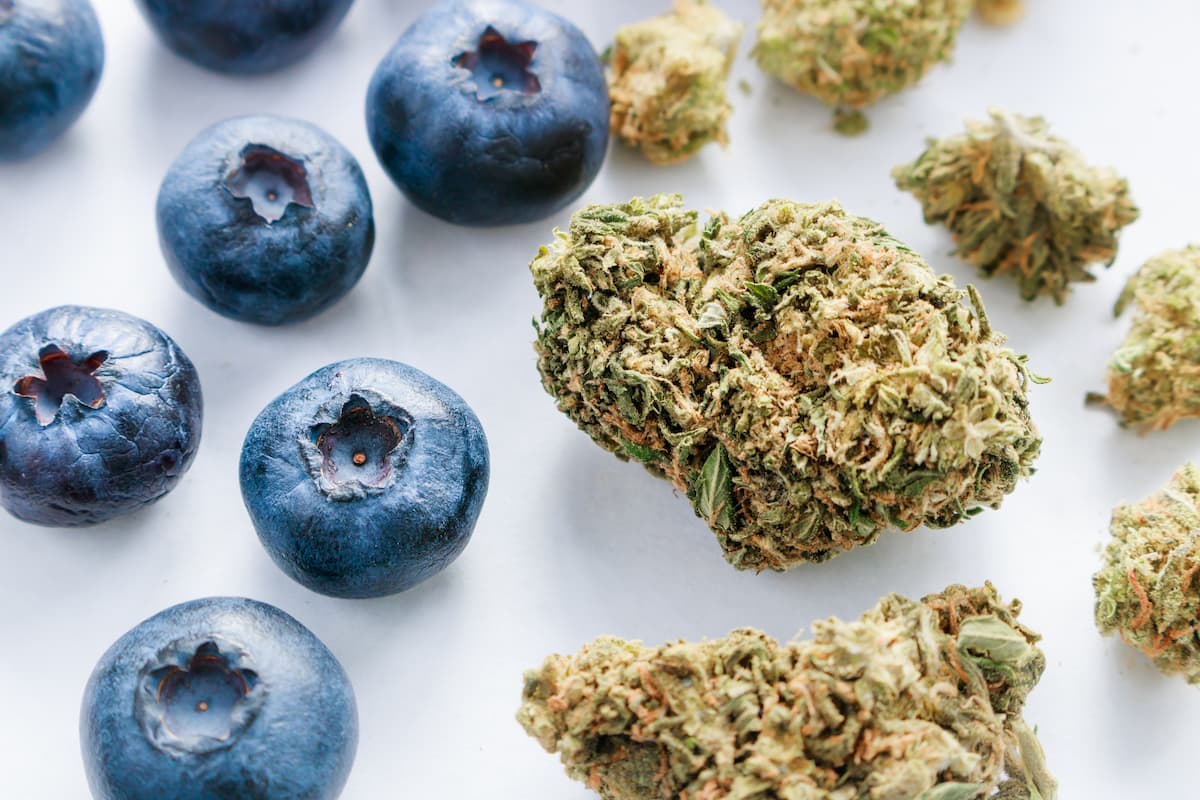 What Are Terpenes? Cannabis Terpenes 101

02 Nov What Are Terpenes? Cannabis Terpenes 101

Have you ever wondered what it is about the aroma of cannabis that soothes the mind and body? Whether it’s the sweet fruity taste or the skunky smell that exudes from your joint after lighting up, it’s obvious that there’s something more going on under the complex and flavorful bouquets. This sensory stimulating aroma is the work of cannabis terpenes.

Terpenes produce a variety of aromas in a wide array of organic plant life, and simply put, they’re what you smell, and knowing what they are will deepen your appreciation of cannabis and CBD.

What Are Cannabis Terpenes?

Terpenes are naturally occurring aromatic compounds in cannabis that are secreted by the same glands that produce cannabinoids like THC and CBD. Terpenes are fragrant oils that give cannabis varieties distinctive flavors, such as citrus, berry, mint, clove, and pine. Terpenes may play a key role in differentiating between the individualistic effects of various cannabis strains and CBD oils. Some terpenes might promote relaxation and stress relief, while others potentially promote focus and acuity.

Similar to other strong-smelling plant and flower species, the evolution and development of terpenes in cannabis began for survival purposes—to repel potential predators and lure in pollinators. There are a variety of factors that influence a given plant’s development of terpenes, including the climate, weather, age and maturation, fertilizers, and soil type. At least a hundred different terpenes have been identified in the cannabis plant, and every strain tends to exhibit a unique terpene type and composition. In other words, a strain like Cheese and its descendants will likely have a discernible Cheese aroma, and Blueberry offspring often inherit the sweet smell of berries.

What Do Terpenes Do?

As we’ve mentioned previously, some terpenes might promote relaxation and stress relief, while others potentially promote focus and acuity. Myrcene, for example, is found in many relaxing cannabis strains, whereas Terpinolene is commonly found in uplifting, active strains. These noticeable effect profiles of any given terpene can also change in the presence of other compounds in a phenomenon known as the entourage effect—which essentially supposes that these compounds will react synergistically with one another. However, more research needs to be conducted in an effort to understand each terpene’s effect when used in conjunction with other compounds.

Although differences between terpenes can be subtle, it’s widely accepted that their presence can add tremendous depth to the horticultural art and craftsmanship of cannabis and CBD. They may also have the ability to add therapeutic value to cannabis products based on their unique medicinal properties. For retail sales in California, cannabis analysis labs are required to now test terpene content which can provide a better understanding of what effects a strain can or might produce. With unlimited potential synergistic effects, terpenes can certainly open new scientific and medical terrains for cannabis and CBD research.

How Are Terpenes Differentiated From Cannabinoids?

The key thing to remember when comparing terpenes and cannabinoids is that cannabinoids are the chemical compounds in cannabis, which produce the psychoactive effects in the plant. Cannabinoids, such as tetrahydrocannabinol (THC), are responsible for activating receptors in the body’s endocannabinoid system, which is the effect that causes the high that people associate with using cannabis. Cannabidiol (CBD) is the other non-psychoactive cannabinoid portion of the cannabis plant which is becoming increasingly popular for its medicinal properties and applications. Although CBD acts on some of the same receptors as THC, it influences them in a much different, more mild and subdued manner.

THC and CBD are undoubtedly the most well-known cannabinoids, but they exemplify only two small portions of the over 100 cannabinoids that are found within the cannabis plant. The cannabis plant also contains a vast array of terpenes, which are among the most abundant natural compounds in the universe. Terpenes are primarily responsible for the scent and aroma we associate with most plants and are even found in some animal compounds. However, some terpenes may also act on the endocannabinoid system in the body in a similar way to THC and CBD. The key difference that sets terpenes apart from cannabinoids is that the body absorbs and uses these compounds in many different ways.

Terpenes are the compounds responsible for the way most plants smell. They are abundant in cannabis and many other plants, fruits, and herbs.

What is the purpose of terpenes in plants?

Research into their effects is fairly menial, but they may play a role in the health and survival of the plants in which they exist.

What are the medical benefits of terpenes for humans?

Cannabinoids are chemical compounds found within the cannabis plant and are responsible for a variety of the effects one experiences when using CBD or Cannabis.

King’s Crew is a woman-owned luxury dispensary in Southern California. We offer a full-service premium shopping experience where our incredible budtenders will cater to your specific preferences or desired effect. You can access any level of cannabis from our reliable Jack Shelf to the showstopping King Shelf. We are open every day from 8am – 10pm, provide local home delivery for orders over $20, and offer daily specials and discounts – including 10% OFF your first purchase. Visit our conveniently located dispensary in Long Beach, CA.

what are cannabis terpenes, what are terpenes

By signing up, you agree to receive emails and text
messages from King’s Crew. Msg and data rates
may apply. You may unsubscribe anytime.

Our Spring Sale Has Started

You can see how this popup was set up in our step-by-step guide: https://wppopupmaker.com/guides/auto-opening-announcement-popups/